Colonia Santa María la Ribera (St. Mary of the Shore) is a neighborhood located in the Delegación Cuauhtémoc (borough) of Mexico City, west of the Centro Historico. It lies north of the main avenue Ribera San Cosme, which follows the path of the Aztec causeway that originally connected Tenochtitlán with the western shore of Lake Texcoco. It sits on the former lake bed; hence the name, Ribera (shoreline).

It reminds me of a mixture of Greenwich Village and the Lower East Side in the 1960s, the Left Bank of Paris, and my grandparent's Victorian house, along with a touch of World's Fair.


The neighborhood was created during the Porfiriato, the rule of Porfirio Díaz, at the end of the 19th century for the affluent who wanted homes outside of the then city limits. The architecture of its oldest homes reflects that era's love of everything European, and especially French.


After the Mexican Revolution, in the 1930s, new residents moved in and another era of construction began.

The colonia began to deteriorate in the 1950s, as the city grew rapidly around it and low-income apartment buildings were constructed.

Today, la colonia es una mezcla, is a mixture of old mansions and homes—over 1,000 categorized as having architectural or historic value—, small shops and businesses, tenements, abandoned buildings and new apartments. As a whole, the neighborhood conveys a complex, sometimes deteriorated past, but it also conveys the vitality of revival, reuse and regeneration that is typically Mexican.

Like a jewel and oasis, at the center of the colonia lies the Alameda de Santa María la Ribera, a park which features, believe it or not, a Moorish pavilion at its center.


The Moorish Kiosk or Pavilion, built of wrought iron, was the Mexico Pavilion for the 1884 New Orleans World Cotton Centennial and then the Louisiana Purchase Exposition (aka St. Louis World's Fair) in 1904.


Returned to Mexico, it was first installed in the Alameda Central park. but then moved to Santa María la Ribera when Porfirio Díaz had the Hemiciclo to Benito Juárez monument built for the 1910 commemoration of Mexican Independence. 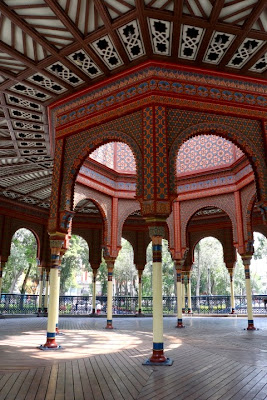 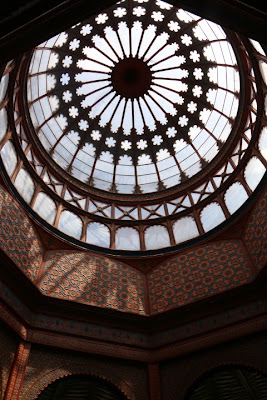 With its circles of thin pillars holding the mass of its intricately carved walls suspended above, and a delicate net of light falling from its glass cupola, it is a wonderfully fanciful space that carries the visitor's imagination to some distant, past world.

But why something Moorish to represent Mexico to the world—or at least to its progressively oriented neighbor to the north? A mystery, but the Spanish brought many Moorish esthetics to Nueva España. Also, Moorish Revival architecture was the fashion in Europe and North America at the turn of the 19th to 20th century.

On the west side of the Alameda stands a completely different esthetic. The Geology Institute was built at the direction of President Díaz as one of the many projects to celebrate the 100th Anniversary in 1910 of the beginnng of the Mexican War of Idependence. Like the Palacio de Comunicaciones in Centro Historico, it is neo-classic, but on a much smaller scale. 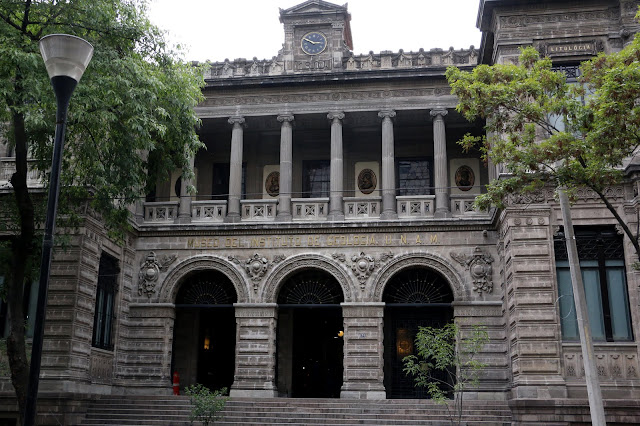 Entering, you encounter one of those soaring, wrought iron, double staircases, like those in the Palacio de Correos and the Palacio de Comunicaciones, that Díaz, or his architects, apparently loved so much. Rather than the dramatic angles of the staircase in the Correos, this one is all flowing curves. 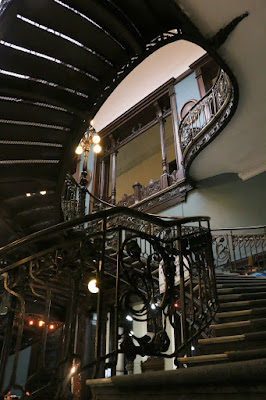 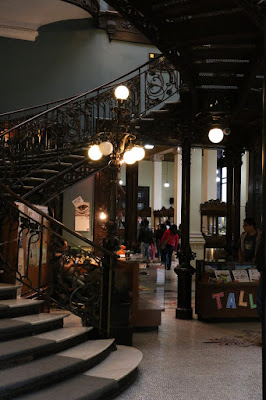 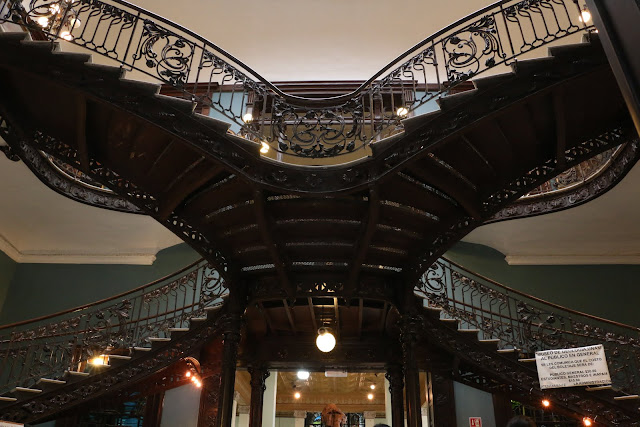 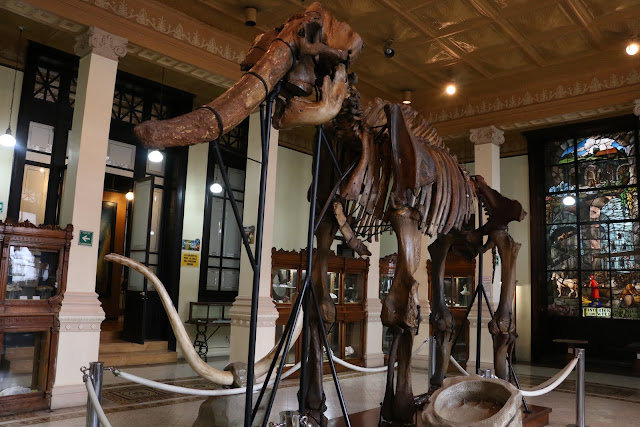 At the far end of the room, a curious stained glass window portrays the Wieliczka Salt Mine in Poland. Why a Polish salt mine in Mexico? Another mystery yet to be solved.

As if Moorish Revival next to Neo-classic weren't enough of a contrast, a few blocks southeast of the Alameda is another building from the same turn of the century era, but with a completely different esthetic. 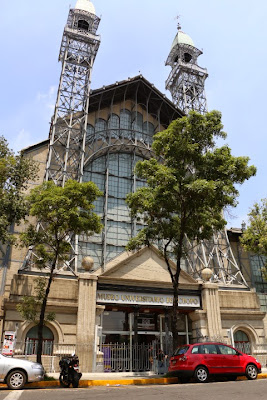 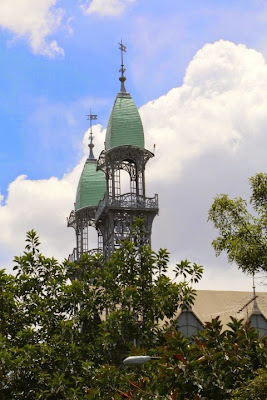 The Museo Chopo is an art nouveau structure whose esthetic combines fantasy with turn of the century, cutting-edge steel and glass technology. A kind of cathedral to technology, it was built in 1902 in Germany for an industrial exposition. At the end of the exposition, a Mexican company bought it, hoping to display industrial machinery and erected it on Calle Chopo [Poplar St.] in Santa María la Ribera. Those plans didn't work out, so it became the Natural History Museum. Neglected, it was closed in 1964 and nearly dismantled.

Fortunately, in the 1970's, a new Law of Artistic and Historic Monuments required that it be protected. In 1977, it was reopened as the Chopo Museum, operated by the National Autonomous University of Mexico (UNAM). Completely renovated again in 2009, the museum hosts cutting-edge contemporary art exhibits. When we visited, Gay Art was the featured exhibit. 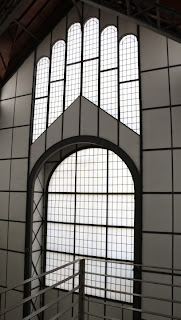 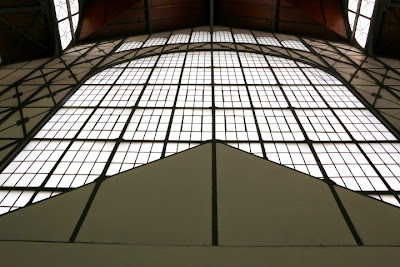 So all in all, and in its own unique way, Santa María la Ribera, is very Mexico City in its mezcla of architectural styles, from Neo-colonial and Neo-classic to French Empire, Moorish Revival, Art Nouveau and California Colonial, as well more modern interlopers. Es un popurrí, una mezcolanza, un batiburrillo mexicano. Una fiesta arquitectónica.