These contrasts are, pehaps, even greater in Cuauhtémoc because, like its virtual twin just to its south, Benito Juárez, its face to the city and the world is that grand avenue of Mexico City, Paseo de la Reforma, studded with monumental statues, and now, the rascacielos, skyscrapers of globalized Mexico.

At the intersection of Paseo de la Reforma and Avenida Insurgentes rises another grand statue that seeks to embody a world and culture very different from Classical Greece and Rome. It harks back to the cataclysmic transformation of Mexico City from being the center of the Aztec Empire to the center of New Spain. It memorializes four Aztec tlatoanis (spokesmen) or chiefs of city-states around Lake Texcoco at the time of the Spanish Conquest.


One of these, Cuauhtémoc, was ruler of Tenochtitlán for a brief time (1520 to 1521) after the deaths of both Moctezuma II and his successor, Cuitlahuac, until Hernán Cortés completed the Spanish victory. The statue was commissoned by President Porfirio Díaz as part of his efforts to make Mexico City into a capital city comparable to those in Europe and erected in 1887. Colonia Cuauhtémoc, which lies immediately southwest of the statue, is, like the Delegación within which it sits, named after the Aztec ruler.

Today, along the Reforma side of the colonia stand even grander monuments, the steel and glass towers of global capitalism, manifestations of the latest conquest of Mexico. Their upward thrust and universal functional sleekness dominate the former expressions of a desire to connect Mexican culture and values to either classical European ones or idealized indigenous ones.

On Cuautémoc's Reforma frontier is also a well-guarded, modern fortress representing what some Mexicans see as a symbol of the dominance of yet another Empire, the U.S. Embassy (no photos allowed "for security reasons").


However, when you leave Reforma and amble into the streets within the colonia, you enter a world from another era or two, or at least significant remnants thereof.

A grand and gracious Neo-colonial mansion a couple blocks from the U.S. Embassy is perhaps most indicative of the contrast. It is the very civilized Embassy of the United Kingdom.

The Embassy sits on Lerma Street. On the same street, a couple of blocks east, is another elegant turn-of-the-century mansion, built in 1908 by the architect, Manuel Estampa, for his own family. 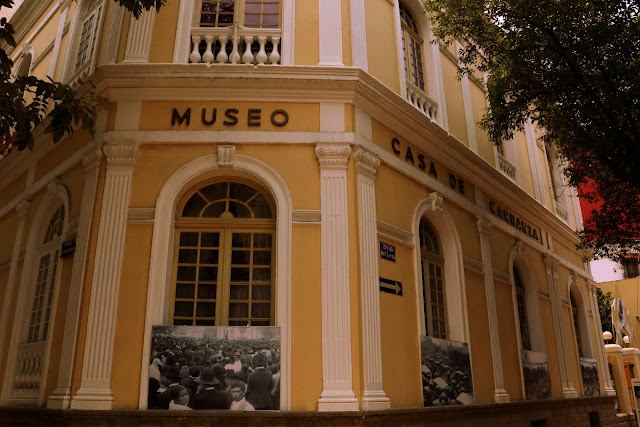 With the onset of the Mexican Revolution to overthrow Díaz, the Estampa family left town and the house was occupied by various military forces. The family returned after the victory of Venustiano Carranza over populist rivals Pancho Villa and Emiliano Zapata in 1915. In 1919, they rented the house to Carranza, who, after promulgation of the Constitution of 1917, had become president for a term 1917 to 1920.

In 1920 Carranza had to flee the house and Mexico City when Álvaro Obregón, his leading general in the Revolution, turned against him for not designating him as the preferred candidate for the presidency. On May 21, while on his way to the port of Veracruz, Carranza was killed in the mountains of the state of Puebla. The house is now a museum to the revolutionary leader and first president of post-revolutionary Mexico.

The mansion, itself, is very typical of the Porfiriato era—Neo-classic with Art Nouveau touches. 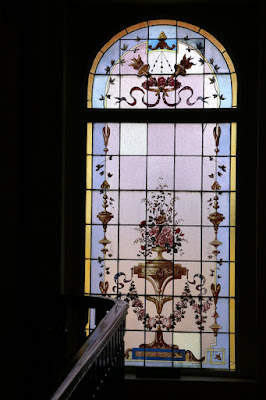 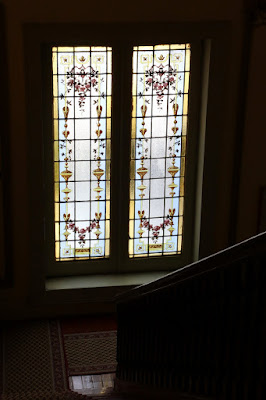 The streets of the colonia are a lesson in geography. They are all named after rivers. The short streets running north from Reforma carry the names of great rivers of the world: Amazonia, Rhin, Tigris, Danubio, Po, Nilo, Ganges, Sena, Niagra, Misisipi. The longer streets running east to west length are named after rivers of Mexico: Lerma (west-central to the Pacific), Pánuco (Valley of Mexico to Gulf of Mexico), Nazas (north-central), Balsas (south-central to Pacific) and Grijalva (southeast to Gulf of Mexico).

Walking these streets from the Carranza House west toward the Chapultepec Woods, you encounter the architectural mixture seen in other Porfiriato colonias, but fewer Second Empire French and Neo-classical mansions.


What you do encounter are many California Colonial-style houses built in the post-revolutionary period of the 1920's and 1930's.

California Colonial is the Mexican adoption and adaptation of what in the United States was called Spanish Colonial Revival architecture, which became popular in Florida and California in the first decades of the 20th century. It was based on the Spanish Colonial architecture of Latin America. The 1915 Panama-California Exposition in San Diego gave the style national exposure. It enjoyed its greatest popularity between 1915 and 1931 and returned to its roots in Mexico as California Colonial.


With these restorations and adaptations of Neo-classic, French and California Colonial architecture, alongside the construction of glass box apartment buildings, Colonia Cuauhtémoc seems to have found a dynamic, vital—if perhaps, conflicted—way to marry its early 20th century past with the very postmodern early 21st century.


Delegación Cuauhtémoc
Posted by Reed Brundage at 11:51 AM