Monument to the Revolution: Heroes and Enemies Together in Death

We have written many posts on the epoch of President Porfirio Díaz, known as the Porfiriato (1876-1911) and the architectural marks it left on Mexico City, from grand government "palaces" to the homes of the wealthy in many colonias, neighborhoods to the west of Centro Histórico, or 'Centro'.

We have also written much about the Mexican Mural Movement that grew out of the Mexican Revolution (1910-1917) and whose works are found in a number of buildings in and around Centro. But apart from the sad role played by the Ciudadela in the Revolution, we have not encountered buildings that are direct expressions of that era of upheaval and its aftermath of political and governmental changes. One doesn't build during a civil war or in the post-war effort to establish a functioning government.

Nevertheless, several blocks west of Centro  and Bellas Artes, in a staight line following Avenida Juárez, past the Alameda, across Paseo de Reforma, rises one edifice that specifically embodies the Revolution. Curiously, in that very Mexican way of embracing paradoxes, it is the transformed and repurposed shell of President and dictator Porfirio Díaz' grandest project, the Palacio Legislativo Federal.


If it reminds you of another Capitol, that's not surprising. However, begun in 1910, only the dome was completed before the Revolution against Díaz began. After the Revolution, its steel frame remained unfinished and abandoned. Thought was given to tearing down this symbol of a dictator overthrown.

But in the 1930's, President Lázaro Cárdenas, seeking to give a coherent symbolic representation to a Revolution which was, in fact, very fragmented, and a place to enshrine together the remains of its diverse and often opposing heros, decided it should be transformed into the Monument to the Revolution.

The tallest triumphal arch in the world, it stands 67 metres (220 ft) in height. The Monument was designed by Carlos Obregón Santacilia to go over the existing framework. Its style combines eclectic Art Deco and Mexican socialist realism. Oliverio Martínez designed four massive stone sculptures, one for each corner. This work of Mexican grandeza, grandeur, was completed in 1938. 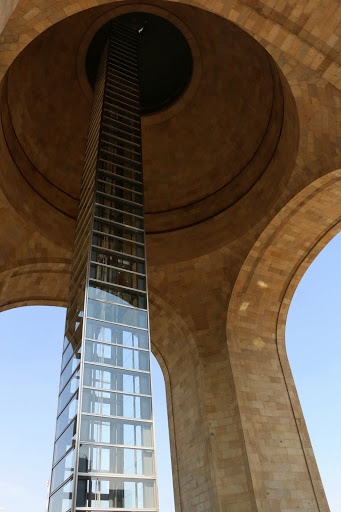 The four statues at the top of the four pillars represent Independence, the Laws of Reform (of the era of President Benito Juárez, 1857-1872), and the Agrarian and Workers Laws after the Revolution, seen as two of its major achievements.

Heroes and Enemies Rest Together in Peace

In the bases of the four massive pillars, the remains of Francisco Madero, Venustiano Carranza, Francisco "Pancho" Villa, Plutarco Calles and Lázaro Cárdenas are enshrined in crypts. Emiliano Zapata is buried in Morelos, and Álvaro Obregón is buried in Sonora. 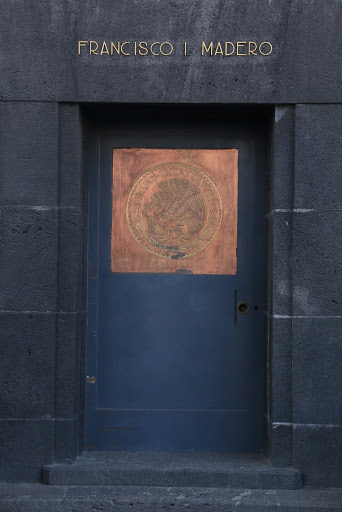 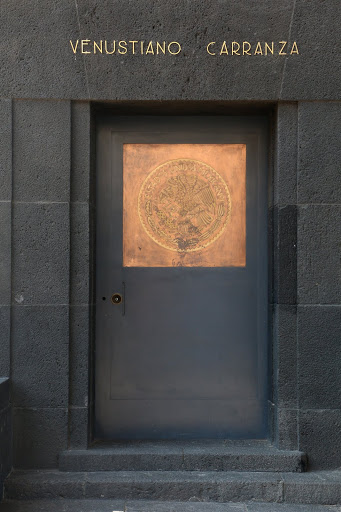 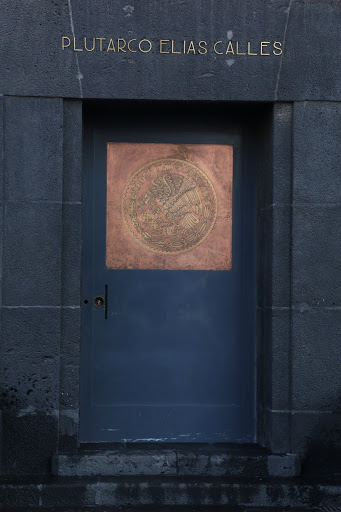 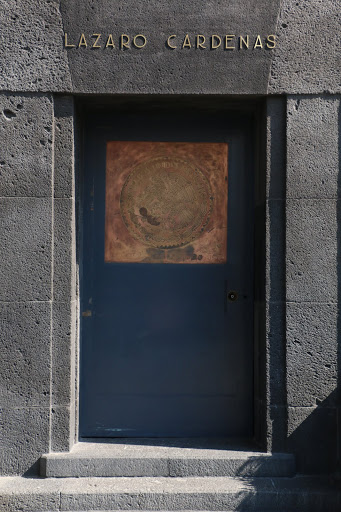 This laying of some-time allies, turncoats and enemies near each other in death is very much in keeping with Mexican tradition. We recall how the remains of Benito Juárez, president and champion of the liberal Reforms of the mid-19th century and winner of the War of Reform and the French Intervention, lie next to those of both allies and enemies in the Panteón of San Fernando, just a few blocks northeast of this very Monument. In the Mexican perspective, everyone is made equal by Doña Pelona, Lady Death. She eliminates all differences, all contradictions. She resolves all paradoxes.
Posted by Reed Brundage at 11:16 AM