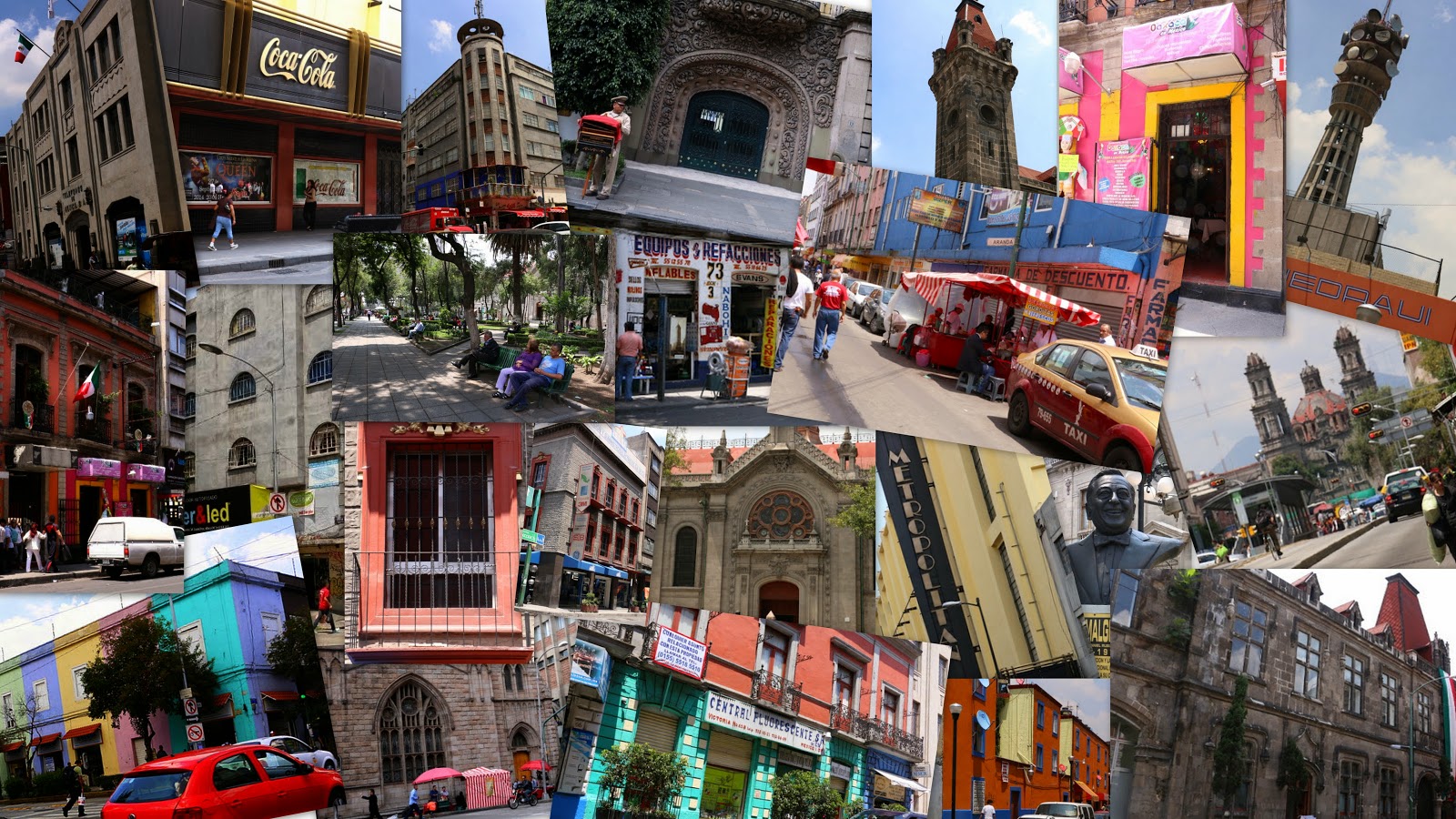 West of Mexico City's Historic Center, south of Avenida Hidalgo, between Lázaro Cárdenas—aka Eje Central (Central Axis)—to the east and Bucareli Street to the west, is a commercial neighborhood. It is anchored by the historic Alameda park on the northeast and the equally historic Ciudadela (Citadel) on the southwest (more about each of them later). Running between the two, more or less down the middle of the colonia, is Avenida Balderas.


Bounded by four Metro lines: Pink Line 1 on the south, Blue Line 2 on the north, Green Line 8 on the east and Olive Line 3 on the west, West Centro is very accessible, which makes it good for doing business.

Your first experience of the neighborhood, as you amble through it, is of an architectural hodge-podge, an incoherent batiburrillo, a jumble of buildings from various eras. Structures from the colonial period, adapted to contemporary uses, are enmeshed with newer neighbors from the 19th and 20th centuries.

The effect of this temporal-spatial desorden can be rather disorienting. You seem to be in no particular place or time, or in several simultaneously. It is as though you have entered a kind of time-warp that the chilangos, city residents, around you seem either not to have noticed or are not disturbed by.

As elsewhere in the city, daily life goes on, with its predictable actions and rhythms.

Fortunately, the neighborhood also has another constant urban reference, a tranquil refuge. San Juan Park is a quintessential Mexican plaza, where you can center yourself, collect your mind and try to make some sense of the desorden you are experiencing.

Señor Pugibet became one of Mexico's wealthiest businessmen during the Porfiriato, the era of President Porfirio Díaz from 1876 to 1911. During that era many elegant buildings were built in Mexico City, as we shall see in subsequent posts.


And in the plaza, another time-warp: monuments to Mexico's first radio announcers. Why here? Because the first radio stations were nearby.

Making Sense of the Batiburrillo

So what to make of this hodgepodge of eras, these fragments of disconnected history, this batiburrillo? We are used to thinking of Mexican history in archeological terms, as a sequence of vertical layers built one atop another, as the Spanish Colonial Historic Center sits atop the remains of Tenochtitlán.

Aha! Suddenly, the pieces fall in place, like the pieces of colored glass forming a pattern in a kaleidoscope: here, around Balderas, the layers aren't just vertical, one atop another, but side by side. It is a horizontal archeological site. The batiburrillo is the jumble of artifacts that would be found in any "dig", but no physical digging is necessary here. All you have to do is walk around and keep your eyes open.

The only "digging" comes afterward, the digging for the histories of the various pieces encountered. And for that, there is the Internet! Fun, relaxed armchair exploration after an intriguing perambulation.