West Centro: The Ciudadela - Through Revolutions to Tranquility

Walking around Mexico City's Historic Center, you see many colonial era buildings, with more modern ones mixed among them. But after awhile, you begin to wonder, where is the rest of the history of this city and this country? In the Balderas neighborhood, we saw colonial buildings, perhaps one or two from the 19th century, such as the old police headquarters, and some from the 20th century.

Outside the Center are a number of colonias, neighborhoods, built during the Porfiriato, the last quarter of the 19th century dominated by the recurring presidency of Porfirio Díaz (1876-1911). We will talk about them in later posts. But where, we begin to ask, are remnants of the sixty years from the time of the War for Independence (1810 to 1823) to the Porfiriato? They seem to be missing.

The Ciudadela, The Citadel, is one of the few artifacts of this period. Built in 1807, near the end of Spanish colonial rule, it was meant to be la Real Fábrica de Tabacos, the Royal Tobacco Factory. Tobacco was a very profitable product for export to Europe. However, history was soon to put the building to other uses.


The Mexican War of Independence began as an effort by upper-class liberal criollos [Spanish born in New Spain], including the priest, Miguel Hidalgo, and Spanish Army captain Ignacio Allende, to overthrow the viceroy. The rebellion was triggered by Napoleon's seizure of the Spanish King Charles IV and his son, Ferdinand VII. When Napoleon placed his brother Joseph Bonaparte on the Spanish throne, the legitimacy of Spanish rule in New Spain was put in serious question.

The first phase of the rebellion was brutally short. In September 1810, Hidalgo triggered a peasant and indigenous uprising near the central city of Guanajuato which led to some successes, but he and Allende had disagreements over strategy. This, and lack of resources, contributed to battle losses. The two were captured, executed amd beheaded in July 1811.

José María Morelos, a mestizo, of mixed Spanish and indigenous heritage, and a priest in the province of Michoacán, joined Hidalgo in the fall of 1810. Morelos was immediately made a colonel and put in charge of forces to take the port of Acapulco. After the deaths of Hidalgo and Allende, Morelos led the battle for independence, mostly in the western provinces. For four years, he was quite successful. However, he was captured in November 1815 and brought to Mexico City, where he was imprisoned in the Ciudadela. In December 1815 he was executed outside the city, which brought to a close the war's second phase.


After the Spanish were finally defeated in 1821, the new Mexican government kept the Ciudadela as an Army arsenal.

In February 1913, nearly one hundred years later, the building was to become a critical locus in a major turning point of the Mexican Revolution. In 1910, Francisco Madero, scion of a well-to-do family but a liberal thinker, attempted to run against Porfirio Díaz in the presidential election. When Díaz foiled his attempt, Madero initiated a successful rebellion against Díaz.

Following the defeat of Díaz's federal Army in 1911 by the pragmatic coalition of Madero, Francisco "Pancho" Villa and Emiliano Zapata, Madero was elected president. Conservative opposition to Madero triggered several attempts at coup d'états. Finally, on February 9, 1913, in what was to become known as the 'Decena Trágica' (Ten Tragic Days), a group of Army generals struck against the president.

The Ciudadela became the base of operations for General Félix Díaz, a nephew of Porfirio, and the scene of much fighting. With the intevention of the U.S. Ambassador to Mexico, Henry Lane Wilson, a pact was formed between Díaz and Madero's leading general, Victoriano Huerta, to overthrow Madero, which led to Madero's arrest and murder on February 21. Huerta became president.


The building continued to be used for military purposes through the first half of the 20th century. In 1944, part of the building was transformed into the Library of México. In the 1980's the entire structure was renovated and solely dedicated to library use. In 2011, it was again extensively and beautifully renovated and now houses the personal libraries of a number of deceased Mexican authors, as well as providing space for cultural events and art exhibits. What could be more tranquil than a library? 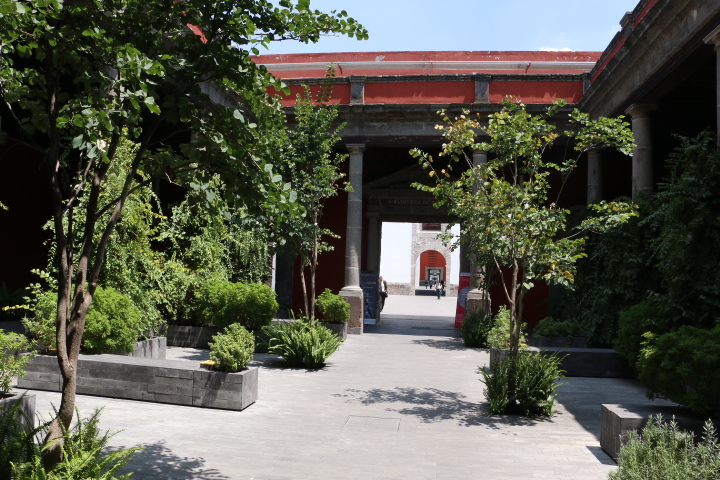 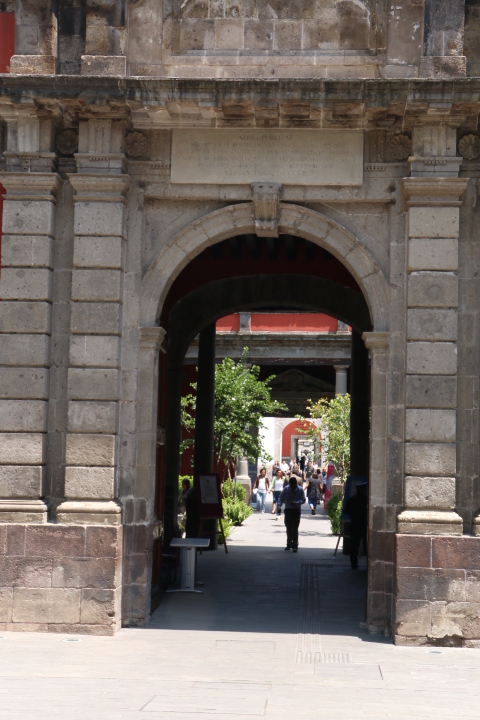 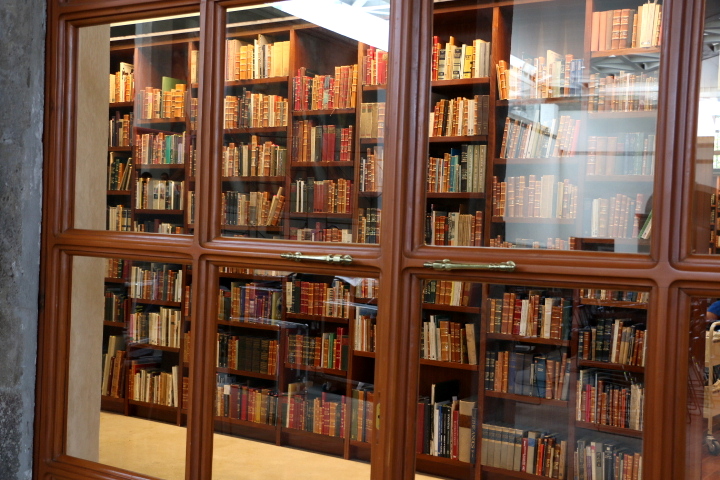 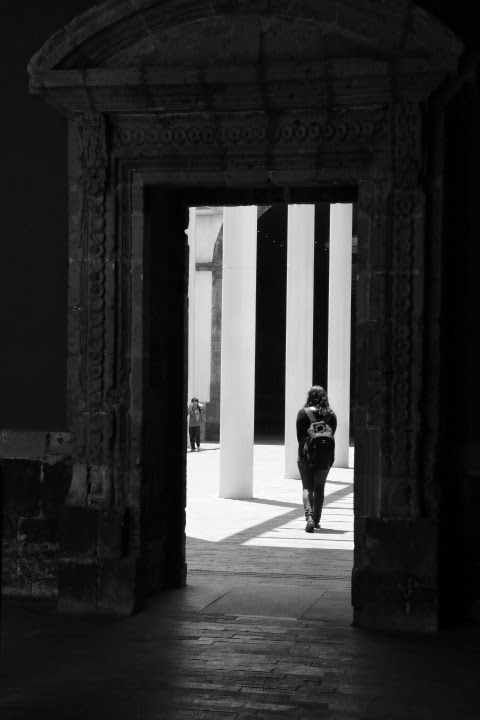 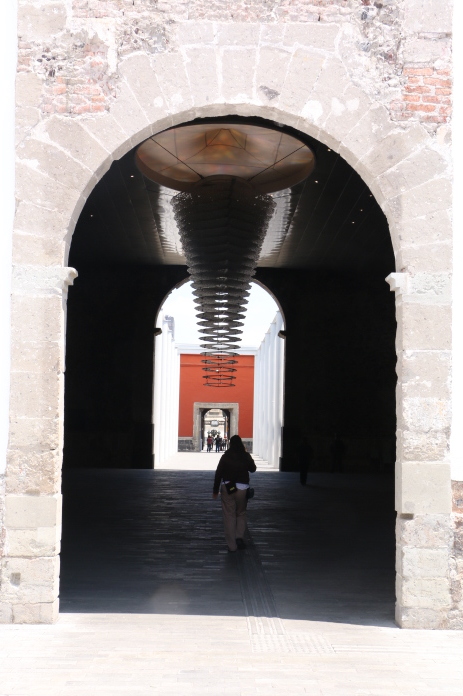 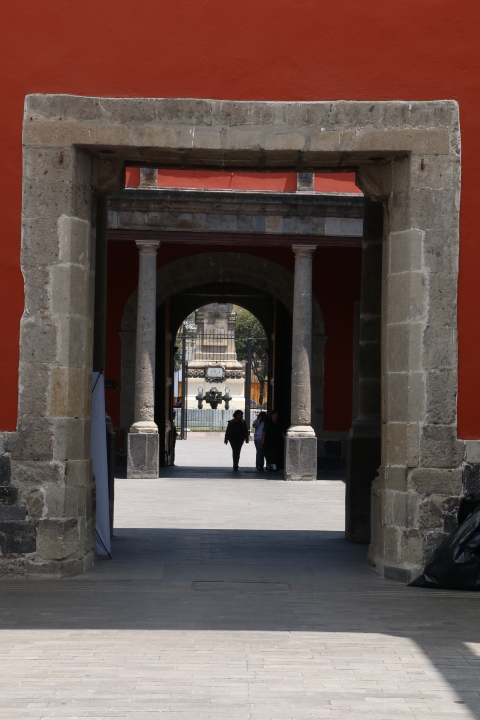 Posted by Reed Brundage at 3:47 PM