Nature of the Spanish Empire

The Spanish ruled what is now Mexico for three hundred years—twice as long as the British governed the thirteen colonies in North America. The two colonial empires were ruled in quite different manners.

The British, while setting the rules from London and sending governors and some soldiers to each province, did not build a replica of their capital in North America. They gave immigrants to the New World quite a bit of freedom to develop a vibrant domestic economy, practice freedom of religion and establish some self-governance, all of which actually became fuel for eventual rebellion.

Under Spanish law, Nueva España wasn't a colony but an extension of the metrópoli, the mother country, and was governed by a virrey, a viceroy, the king's direct representative. It was designed to reproduce and strengthen the political, economic and social structures of the homeland and royalty's rule thereof. Instead of building a local economy, the natural resources of the conquered land were carried to Spain to enrich the ruling class and pay for their wars in Europe.

Only peninsulares, members of upperclass Spanish society who migrated, often temporarily, could hold positions of political, economic and religious power. Their children, criollos, could serve in the Spanish Army, oversee their haciendas (huge tracts of land granted by the king and worked by los indios) or go into the export-import business.

Creating a Replica of Spain

In the northern land, after winning independence, few artifacts remain from the colonial period. Independence Hall, originally the colonial legislature for the Province of Pennsylvania, is perhaps the most prominent monument. An entire new capital city, Washinton, D.C., was built on empty land, its buildings modeled on an idealized, Greco-Roman democratic past, and its broad avenues following a Napoleonic French design.

In contrast, the transplanted peninsulares engaged in a massive enterprise of constructing a replica of their old world and its culture in the midst of another, even more ancient one. Thus, they leveled the Aztec city of Mexico-Tenochtitlán and built a Spanish city atop it.

So what is now called el Centro Histórico, the Historic Center, contains many buildings remaining from that endeavor. The Palace (first of the Viceroy, then after Independence, the National Palace) and the Cathedral, framing the Zócalo, are the two most monumental examples, embodying in their grandeur the power of the State and the Catholic Church.


These archetypes of power were built over their respective political and religious predecessors, the "New Houses", the palaces of Moctezuma II, and the Temple or Pyramid of the Sun. In the Spanish Empire, the State and the Church were wedded: King Charles I was also Holy Roman Emperor Charles V and thus God's secular representative on Earth. After conquering the Papal States in 1527, he won from the Pope the power to designate bishops of the Spanish Church.


The remnants of this long-gone Spanish Empire are spread throughout Mexico City's Centro Histórico. The Mexican government occupies the National Palace and many other palaces of the lesser Spanish nobility in North and East Centro, openly adopting for its own the imperial images of power and grandeur.

Other palaces, convents and palacetes, mansions of wealthy Spanish businessmen, have been turned into public or private museums. Colonial era churches stand on nearly every block, some still serving as houses of worship, others converted into museums.

Making a Living Amidst Faded Grandeur

But on the streets behind and around these grand buildings are many more smaller colonial buildings, some painted in bright colors, others in varying degrees of disrepair, all filled with shops on their ground floors and, sometimes, upstairs. 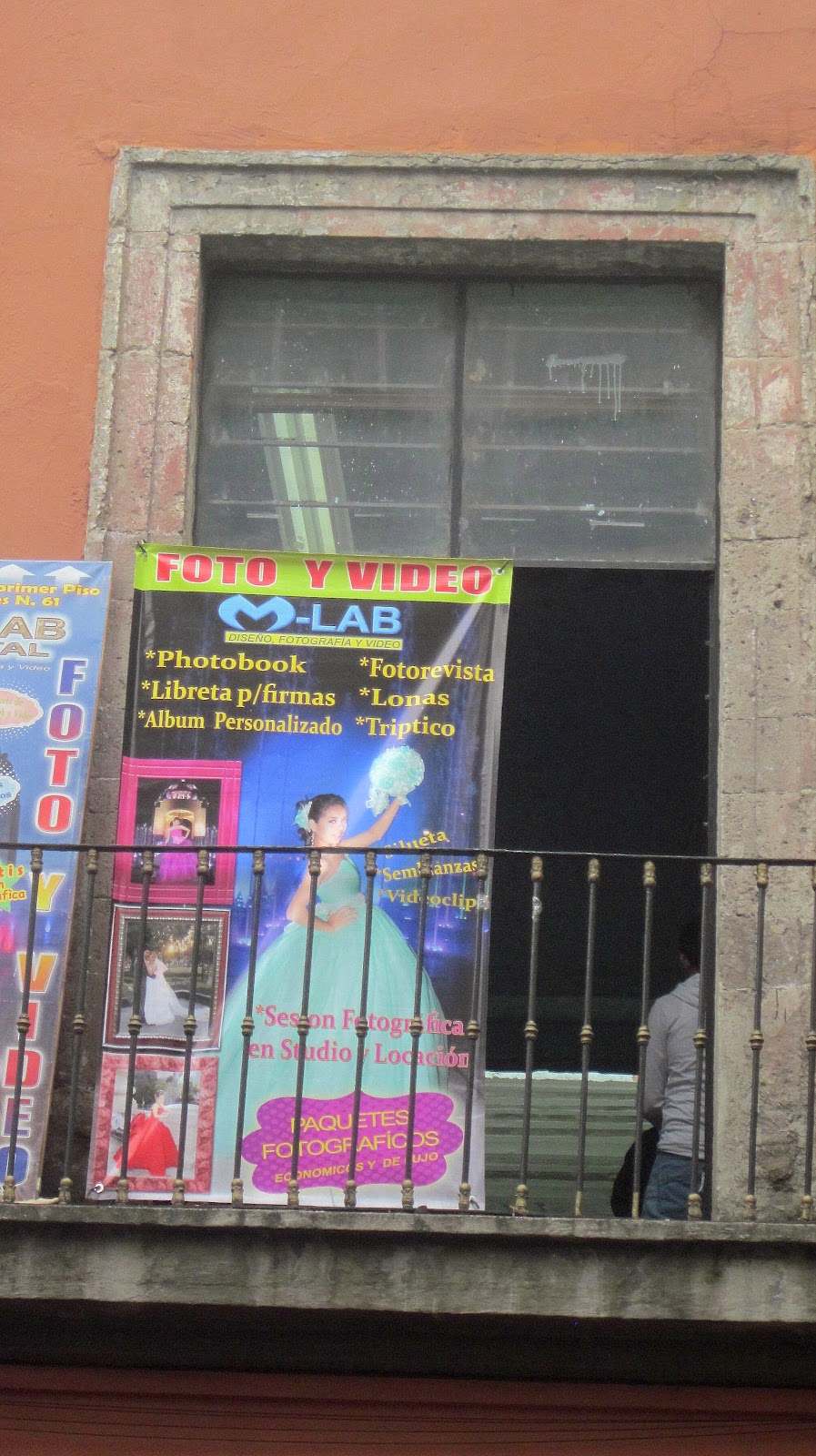 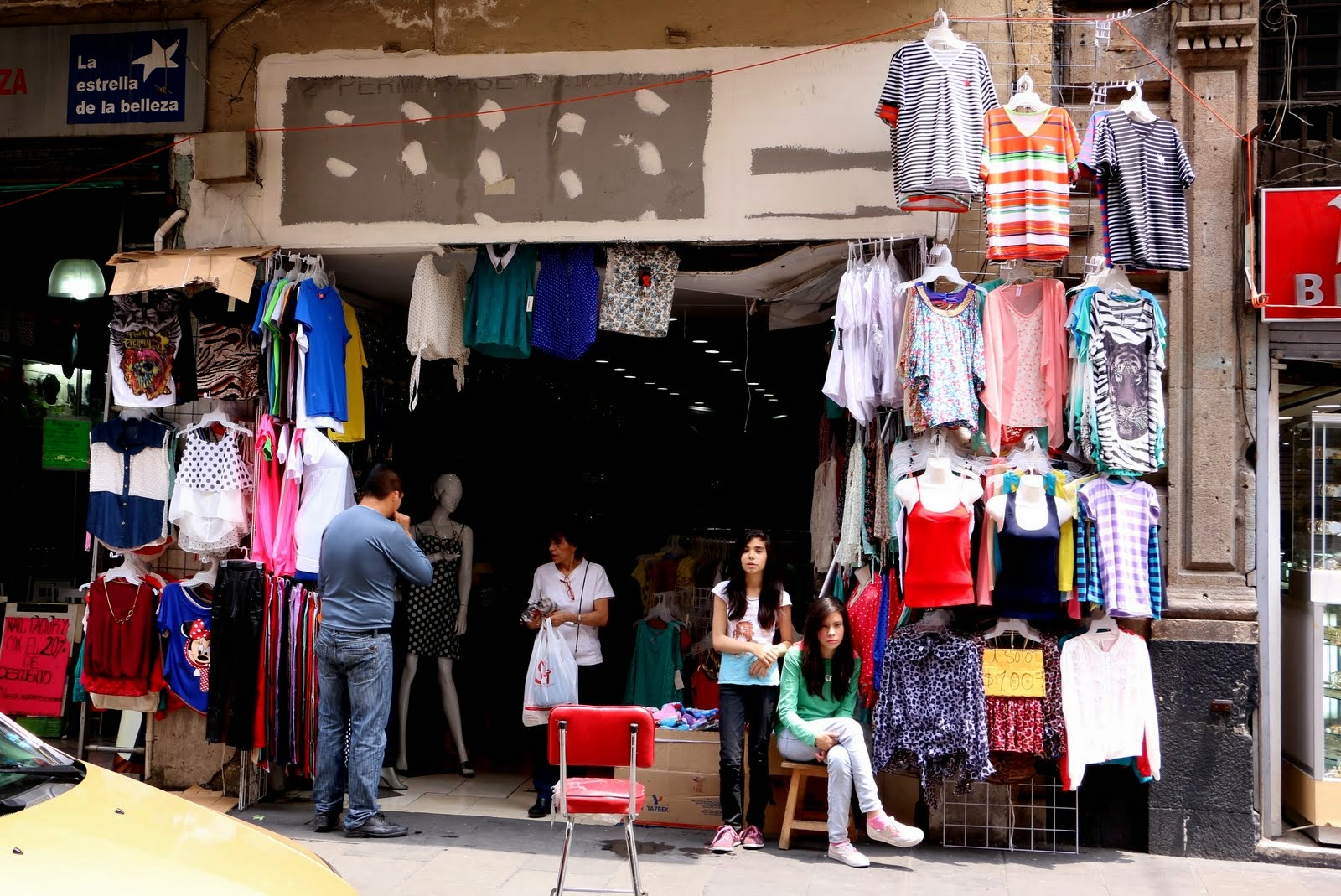 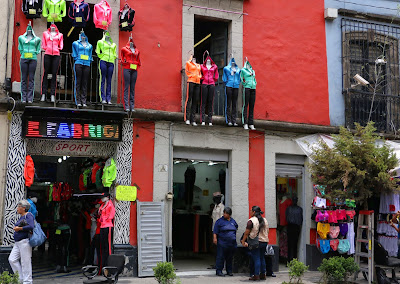 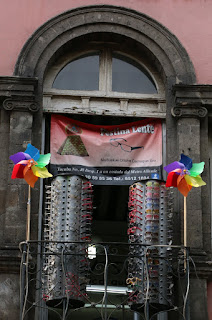 And in the streets themselves, omnipresent vendors sell from make-shift puestos, stalls, or as ambulantes who walk about hawking their wares. Their commercial endeavor is timeless, having gone on in the same neighborhoods of the Aztec city before the Spanish arrived. They survived the demise of both of those States and will probably outlast the current one.

Posted by Reed Brundage at 4:05 PM