As we wrote in our recently published post, Discovering the Pueblos of Eastern Iztapalapa, we have been intrigued for the past year by a group of originally indigenous pueblos we virtually stumbled across in the eastern portion of that large delegación/alacldía (mayoralty, borough). There are five in the group:

Then, this April, we hit the jackpot. We learned that three of the pueblos, Santa María Aztahuacan; San Sebastián Tecoloxtitla and Santa Martha Acatitla were joining together to hold un gran cierre, a grand closing or finale to the Carnaval season in April. We just had to attend. It was to start in Santa María Aztahuacan and march on to San Sebastián Tecoloxtitla and Santa Martha Acatitla. There was no way we could follow it that whole way, but we could witness its start. So on the appointed Sunday morning, we called a taxi and headed off along the Calzada Ermita-Iztapalapa boulevard to the far side of the delegación. Now somewhat familiar with these pueblos, we quite easily found the parade participants gathering on Avenida México in Santa María Aztahuacan.

Carnaval, in general, is famous for being a grand parade, lavish, full of people in diverse costumes, an almost over-the-top extravaganza. This one fulfilled all such expectations. When we arrive, we find huge carros alegóricos, motorized floats, decorated with all kinds of themes ready to carry elegantly dressed princesses representing the various pueblos and their comparsas (parade marching troupes).

The comparsas consist of two types. Several are composed of Spanish charro cowboys in their elegantly embroidered suits. 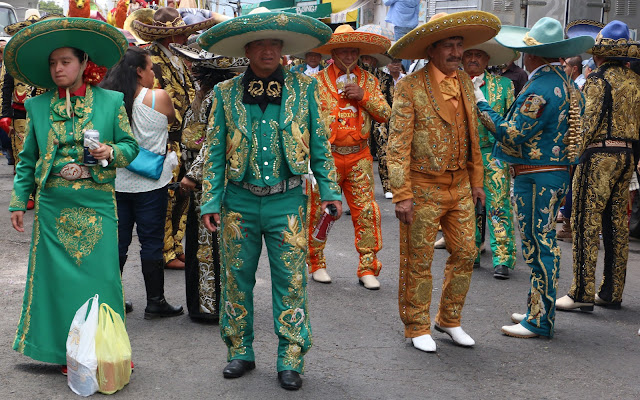 The others are comparsas de disfraces, people in disguises of all kinds (think Halloween).

And, of course, for each comparsa there is a brass banda to set the tempo and rhythm.

While all the comparsas parade in an orderly manner, each in its place in the line (while there is some beer drinking among spectators, there is no drunken revelry), the sheer number and variety are almost overwhelming to our senses. But then, that's what Carnaval is supposed to be — taking us to the limits of stimulation. We hope the photos that follow convey that. 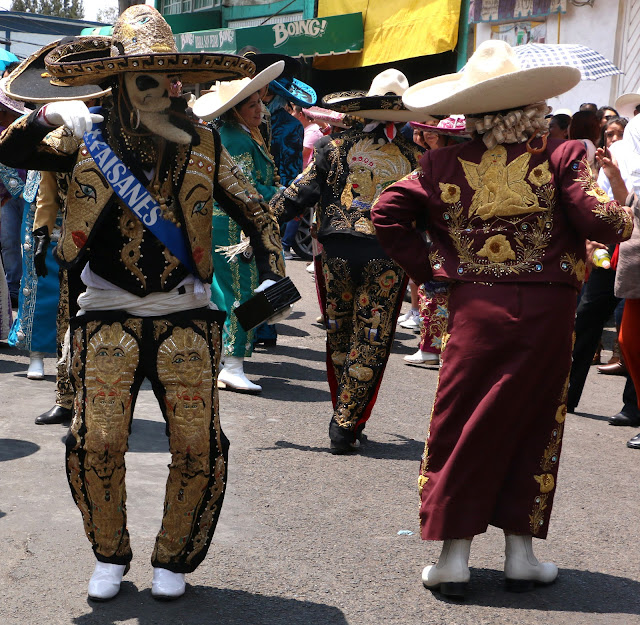 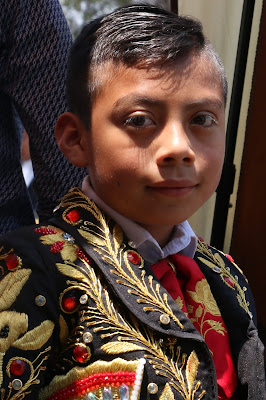 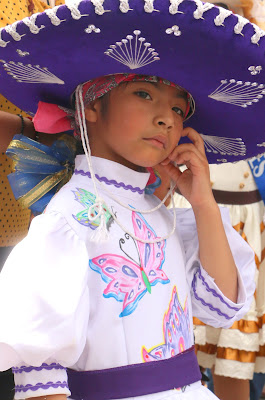 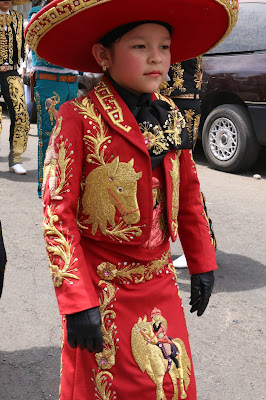 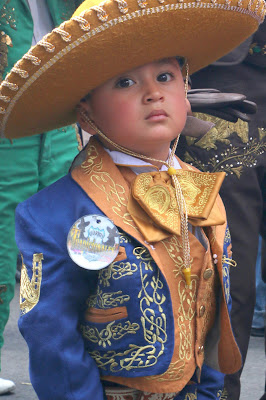 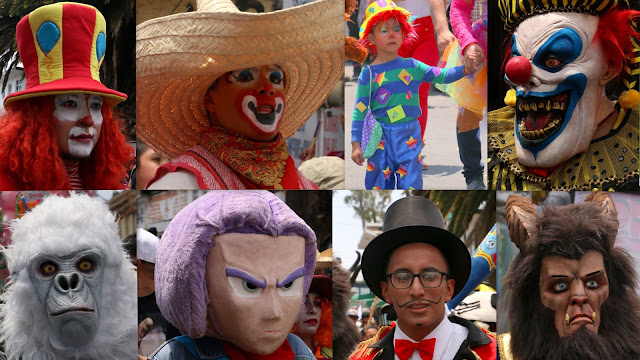 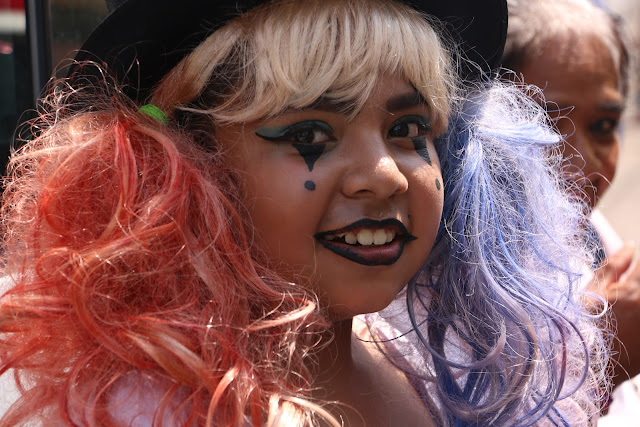 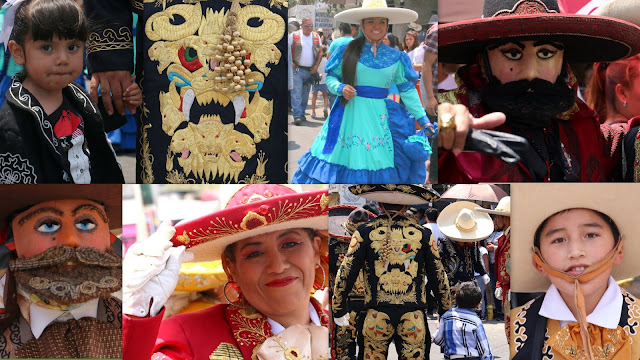 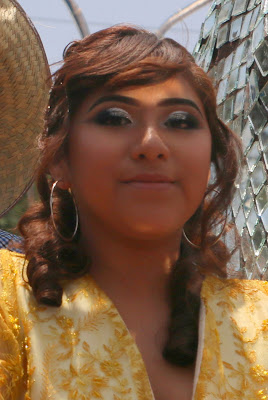 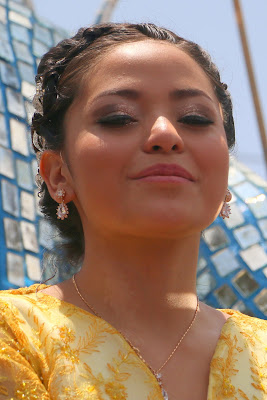 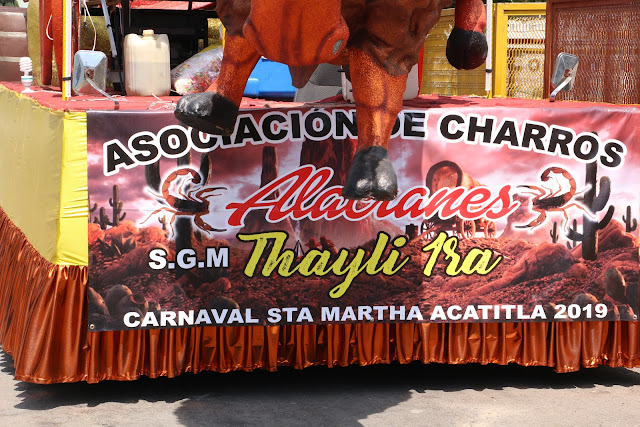 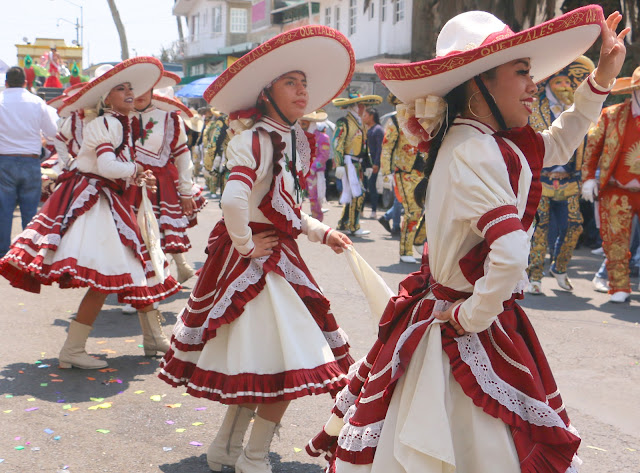 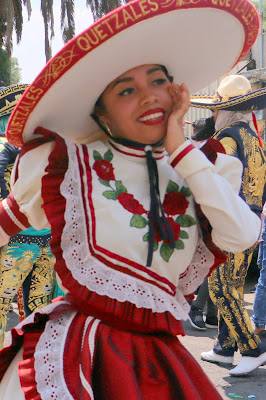 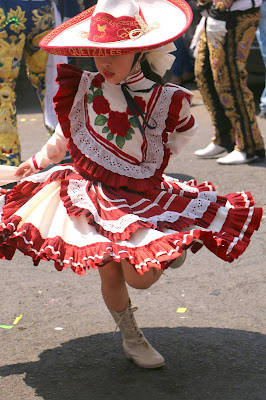 So that´s Carnaval in Iztapalapa, Mexico City. Hope you enjoyed it.

Posted by Reed Brundage at 6:15 PM