La Viga Canal: Pathway from a Land of Lakes to One of Roadways

Challenges of Living in the Middle of a Lake


The Mexica (Meh-SHE-kah) were the last of a series of Nahuatl-speaking "chichimeca", i.e., "barbarian" or hunter-gatherer tribes, to arrive in the Valley called Anahuac from the 12th to the early 13th century. When they arrived, in 1225 according to their accounts, the Valley was already a settled area. So they initially hired out as mercenary warriors to chiefs of some of the dominate altepetls, city-states, around Lake Texcoco.

After a hundred years, they sought their independence and, hence, their own piece of land. Their founding legend relates that they encountered it on a swampy group of islands when their god, Huitzilopochtli, gave them a sign: an eagle (Mexican golden eagle) perched on a prickly pear cactus, holding a rattle snake in its claws. So they built their independent altepetl on these islands, naming it Tenochtitlan, "Prickly Pear among the Rocks".

Foundations of Tenochtitlan: Turning Many Islands Into One

It turns out that Tenochtitlan or, more accurately, the island on which it was built over a two hundred year period (1325-1520) was not one island but a group of five islands (yellow circles on map below) which the Mexica, you might say, cobbled together with mud from the lake and their sweat.

Tlatelolco is the island (yellow circle) to the north, where another Mexica altepetl was established and which Tenochtitlan took over in the early 14th century. The more rectangular island to the west of the central island was along the route to the altepetl, city-state of Tacuba on the western lake shore.


Water as Blessing and Threat

Building a city on islands in a lake had both its benefits and its dangers. There was a virtually limitless supply of water to raise crops on the chinampas. The lake also provided the Mexica with a kind of fortress, protected by water on all sides. As they came to dominate the Valley in the 15th century, they built causeways to provide access to their newly subjugated neigbors. These had removeable bridges that enabled defense against any enemy attack.

The other threat was floods. What is now central Mexico has two distinct seasons: a dry period from October to May and a wet one from May to October. Rains during the summer can be torrential, dumping many inches of water in twenty minutes. As the Valley has no outlet to the sea, flooding can be significant. Major floods occurred frequently, inundating Tenochtitlan. When the Spanish defeated the Mexica in 1521 and took over the city to transform it into Mexico City, they experienced the same disastrous conditions.

So in 1607, Viceroy Don Luis de Velasco y Castile commissioned engineer Enrico Martínez with the herculean task of draining the Mexico Valley basin.  The ambitious project contemplated reversing the flow of the Cuautitlan River (main tributary feeding Xaltocan and Zumpango lakes to the north of Lake Texcoco) and connecting it to the Tula watershed (now in the state of Hidalgo) via a tunnel through the mountains.

The stoppage of the work in the 1620s by order of the viceroy was one of the factors that contributed to creating one of the greatest disasters suffered by Mexico City in the 17th century: the great flood of 1629. Subsequently, the Huehuetoca Royal Drainage project was resumed. (Translated from: "San Pablo Teopan: Survival and Metamorphosis of an Indigenous Quarter of Mexico City During the Viceroy Period", in Spanish, by Rossend Rovira Morgado)

Turning a Land of Lakes into One of Canals

With the drainage system completed, Lake Texcoco and the lakes to its north began to dry up, and the new land became farmland. However, a number of canals from the time of the Mexica were retained and made into major routes for goods to arrive in the city. What became known as the Acequia Real, the Royal Canal, continued to connect Lake Xochimilco with the center of the city. After Independence, it became known officially as the National Canal, but commonly as La Viga, "The Beam".

Here is a link to a wonderful, three-minute slide show of old photos and paintings of life on and around La Viga from the late 19th century into the early years of the 20th. Thanks to the Facebook page Iztacalco Barrio Mágico.

In 1785, Viceroy Bernardo de Galvez ordered a promenade built along the Royal Canal. When de Galvez died unexpectedly, it was completed under the mandate of the new viceroy, the Second Count of Revillagigedo, who undertook a major renewal of the cityscape.

The Paseo ran from south of the Church of San Pablo Nuevo, in what was then the southeast corner of the city, to the Garita (tollhouse) de la Viga (see map above). It was approximately one kilometer, a little over half a mile in length, and thirty meters, or nearly a hundred feet, wide. On Sundays, families would take a paseo, stroll, along the western side of the Canal. They could also ride horses or in carriages or travel on the Canal on trajineras, flatbottomed boats that are polled by their owners, just like in the canals of Xochimilco today.


From Waterways to Highways

The Paseo and the Canal continued in use until the 1920s, when the growing use of automobiles and trucks replaced the utility of water transport. This led to the Canal's neglect and decline into a place of contaminated water and dumped garbage. Finally, in mid-century, most of the Canal was filled in and buried under a roadway that memorializes its name, Calzada de la Viga.


Actually, a portion of the original canal still exists. South of the highway Rio Churubusco, Calzada de la Viga becomes Avenida Canal Nacional, a divided roadway with the remaining waterway running up the middle. We have subsequently learned that there is a citizens group, Corredor Cultural Canal Nacional, dedicated to restoring and maintaining the canal as a green space navagable via canoe and inhabited by wild fowl.

The disappearance of La Viga did not mean the end of its influence on the structure of the City. As the Canal was the route for supplying the City for over three hundred years, major markets were subsequently located near the old Canal. The huge Centro de Abastos, Supply Center, the city's major wholesale market, is just east of La Viga in Delegación Iztapalapa. Just north of Delegación Iztacalco, in the southern part of Delegación Venustaiano Caranza are the Mercado Jamaica, a flower market, and Mercado de Peces, the fish market. At this, its northern end, Calzada de la Viga serves as the boundary between Delegación Venustiano Carranza and Cuauhtémoc, the site of Centro Historico. 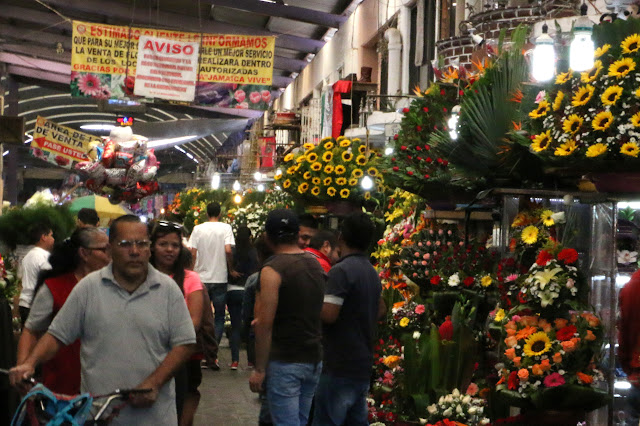 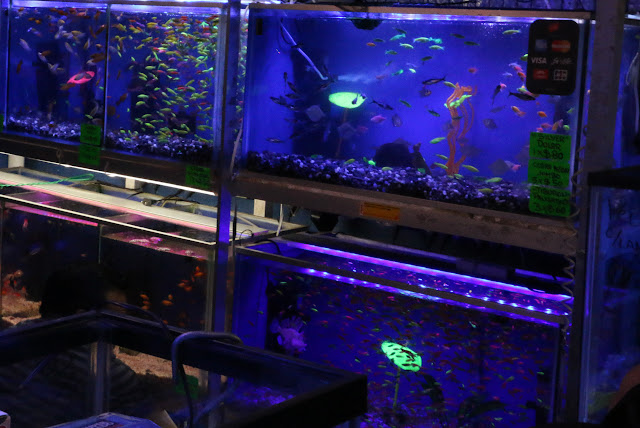 Near the northern end, just east of the Centro Histórico, is the huge retail Mercado de Merced. Many private commercial centers are also located along La Viga or near it. In fact, the whole eastern side of the city is dominated by commerce.

Original Villages Along the Canal


Another vestige of the Canal are the number of suviving original villages along its route. Originally, they were shoreline settlements or islands in Lake Texcoco. When the lake was dried up and the Canal became the main route for commerce from Lake Xochimilco to the city Center, these villages became stops along the way, providing their own additions to the traffic.

Among these are Culhuacán and Mexicalzingo, on the former peninsula of Iztapalapa, and the former islands of Iztacalco, Santa Anita Zacatlamanco, and Magdalena Mixihuca. Their continuity is like that of the villages we have discovered along the former rivers, such as San Diego Churubusco, Xoco, Mixcoac, Axotla, Chimilistac and San Ángel Tenanitla, along the former Magdalena and Mixcoac Rivers, southwest of Lake Texcoco.

So patterns originally created by the Valley's lacustrine geography, with its lakes and rivers, were maintained through the dramatic changes brought by their being drained and covered over. Canals and then roadways replaced natural waterways, but their locations can still be discerned­—the roadways, such as Río Churubusco and La Viga, carrying on their names. And some of the villages that developed within those geographic patterns more than five hundred years ago still exist, even if they are immersed in the sea of urbanization that has innundated the Valley like the former floods of rainy summers.
Posted by Reed Brundage at 1:30 PM